Read Time: 3 minutes
Two new museums, one overarching goal: to present the history and influence of African American music to audiences in fun and engaging ways. The National Museum of African American Music in Nashville paints a comprehensive picture of all different types of Black music.

Read Time: 3 minutes
Two new museums, one overarching goal: to present the history and influence of African American music to audiences in fun and engaging ways. The Louis Armstrong House Museum and upcoming Visitors Center in New York provides a deeper dive into the life and art of one of America’s greatest musicians.

Read Time: 4 minutes
SEGD’s Global Design Awards set the standard of excellence for experiential graphic design, honoring work that connects people to place through engaging storytelling. The GDAs also celebrate projects that inspire and improve the human experience, including those that reflect the narratives of traditionally underrepresented communities. The GDA winners outlined below—both past and present—amplify, celebrate and bring African American culture and history to the forefront in exemplary ways.

Read Time: 3 minutes
Each year, SEGD celebrates those designers whose work best connects people to place, exemplifying the organization’s mission to “Educate, Connect and Inspire.” These firms and their exemplary design projects are recognized by the Global Design Awards, representing the best in experiential graphic design and spanning a wide range of topics, disciplines, and verticals.

Read Time: 7 minutes
It takes a lot of coordination among staff members to keep SEGD running smoothly—and each one is dedicated to you, the 2,200 SEGD members from 35 different countries who gather in 34 local chapters. During February, we would like to introduce you to each of the four SEGD staff. Last week we spoke with Jennette Foreman, Director of Operations. This week we present Cybelle Jones, CEO.

Read Time: 5 minutes
It takes a lot of coordination among staff members to keep SEGD running smoothly—and each one is dedicated to you, the 2,200 SEGD members from 35 different countries who gather in 34 local chapters. During February, we would like to introduce you to each of the four SEGD staff. Last week we spoke with Nadia Adona, Director of Membership and Media. This week we present Jennette Foreman, Director of Operations.

Read Time: 7 minutes
It takes a lot of coordination among staff members to keep SEGD running smoothly—and each one is dedicated to you, the 2,200 SEGD members from 35 different countries who gather in 34 local chapters. During February, we would like to introduce you to each of the four SEGD staff. Last week we spoke with Sarah Miorelli, SEGD’s Communications Manager. This week we present Nadia Adona, Director of Membership and Media. 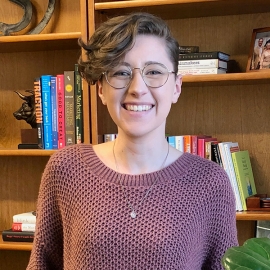 Read Time: 1 minute
Colleen Connolly, recent graduate from Virginia Commonwealth University’s graphic design program, believes that museums can educate and serve more diverse audiences by providing multilingual exhibits, signage, and resources. She was awarded a Fulbright Arts Research Grant to explore bilingual (Chinese/English) signage and exhibitions in Taiwanese museums and tourist sites. Taiwan has declared that it will achieve its goal of being a completely bilingual country by 2030, necessitating nationwide conversations on how providing bilingual design can create more accessible spaces for people of different cultural and language backgrounds. 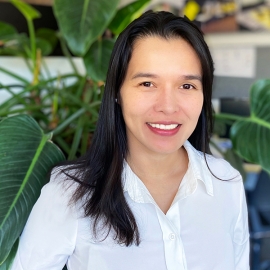 Read Time: 2 minutes
Sydney studio BrandCulture has appointed Isabelle Cabrera as Architectural Wayfinding Designer. She joins from Populous in Brisbane.
“Like many studios, we are rethinking our processes and skillsets in response to COVID and the year that was 2020. This means embracing technology and automation where appropriate, and working with our clients to explore new efficiencies that result from digital innovation,” says Nick Bannikoff, Design Director at BrandCulture.

Found on the www

Learn more about the event here

On 20th March 2021, Multiverse Concert Series, CLOT Magazine, and SciArt Initiative present a new
collaborative project, OTHER SKIES: An Exoplanetary Festival, a one-day online event exploring
humanity’s relationship with the planets beyond our own solar system.

In 1984 astronomers observed the first planetary disk of dust and gas around the star Beta Pictoris,
providing a tantalizing glimpse of the potential for exoplanet discovery. And now? Over 4,000 exoplanets
have been discovered; we are fortunate to find ourselves in a fertile universe of celestial bodies, and the
implications of these findings are being explored with fervor by scientists and artists alike.

Recent scientific advancements—combined with our insatiable curiosity to probe the unknown—have
rekindled our SciFi imaginations in the quest for the extraterrestrial. But what are the philosophical
implications of these revelations? As these discoveries permeate popular culture, artists, thinkers, and
scientists reflect and interpret their relevance. Can we envision new horizons for humanity away from
imperialist and colonial perspectives? What unimagined life forms will be encountered? Can we imagine
what it would be like to live beneath other skies?

As the universe unfolds before our eyes, we can all be a part of the journey to uncover a multitude of
evocative worlds—searching for responses to our own earthly existence, and ultimately, our place in the
universe.

At the heart of this event is the exhibition space: an immersive online environment specially created for the
festival by New Art City, curated by CLOT Magazine and SciArt Initiative. The exhibition on view,
“Exoplanetary Dust,” will feature the work of 13 international artists/collaborations, and will be hosted
inside the freely navigable 3D gallery. Live events will take place inside the same digital space and will
include live-streamed talks, a panel discussion, and a performance from Multiverse Concert Series.
The festival will launch at 11:00am (EST time) with opening remarks by the organizers, accompanied by
an introduction to exoplanet science by Dr. Michael Albrow (Fermilab). Launching at the same time, the
online exhibition “Exoplanetary Dust” will be a 24/7 open virtual space that the audience can explore
freely on their computers, tablets, or mobile devices. In this environment, works by an array of international
artists spanning diverse disciplines and media will portray playful interpretations of exoplanetary existence.
Artworks will explore astrobiology and the meaning of life outside the Earth (with BioArt pioneers Suzanne
Anker and Raphael & Jae Yeop Kim), how artists imagine these remote terrains with speculative
visualizations and 3D renderings (Ed Bell, Sun Araw & Theo Triantafyllidis and Recsund & Alien
Jams), how we can interpret and communicate with space through art (Richelle Gribble and Marlena
Bocian-Hewitt), what interstellar travel will involve for human beings (Ani Liu and Albert Barque-Duran
& Marc Marzenit), the contemporary consequences of our planetary relationship with space (Lisa
Messeri), and how we are relating to exoplanets with sound (Nicole L'Huiller & Daniela Catrileo and
30drop & Stephen Mclaughlin (for Axis Records)). Sónar, the international advanced music and
technology festival, will also show a video of their project Sónar Calling GJ273b, for which renowned
sound artists’ and musicians’ compositions were sent into space, specifically to the exoplanet Luyten b,
with the objective of making first human contact with an extraterrestrial intelligence.
The day will continue with an online family workshop of music and movement at 12pm EST by Integral
Steps: Exoplanetary Adventure! Children and parents can experience exoplanetary science through
musical games, movement, and crafts, with guest scientist Dr. Tajana Schneiderman (MIT). Dr. Tajana
Schneiderman and Dr. Lisa Messeri will then give lectures about their work in exoplanetary research and
anthropology, respectively. Moving into the afternoon, the audience will have time to explore the virtual
gallery and interact by instant message with the other visitors.

At 2pm EST the Multiverse Concert marks the equinox of the event. This performance will interweave
music with science and immersive animations, featuring Matt Russo of SYSTEM-Sounds, Octave of
Light by David Ibbett, and an update on the search for life on Venus by Dr. Clara Sousa-Silva. After the
performances, Ed Bell, renowned artist and designer known for his work as the Art Director of Scientific
American, will give insight on his experience working at the intersection of art and science and what it
means to visualize the unseeable.

Concluding the festival, a closing panel discussion composed of event participants at 4:30pm EST will
explore various themes presented throughout the day through the lenses of the arts, sciences, and where
they converge.

This conversation will continue, and be opened to the audience, with a reception in our Mozilla Hubs
networking spaces.

Check out the book here

Learn about the 25 Creative Revolutionaries HERE

Learn about 25 Creative Revolutionaries working in the design field today with this article from CODAworx. 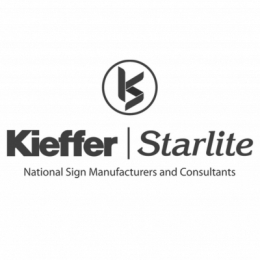