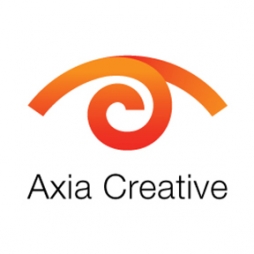 Todd Mayfield is the President and cofounder of Axia Creative. He has over 30 years of wayfinding, brand development, advertising and print graphics experience. He is also an accomplished fine artist and illustrator.

Todd has earned numerous awards for design excellence and profound respect among his peers. His work has been featured in various industry magazines and books such as Print, Signs of the Times and American Corporate Identity. Currently, his company has a loyal client base from Hawaii to the Caribbean and parts of Canada.

Todd Mayfield leads the design team as Creative Director. His primary role at Axia Creative is to manage the design process and is fully involved in project strategies, client interface and leads presentations, key team meetings and stakeholder interviews.

Todd oversees all visual communications and rebranding projects for NAGICO, a leading insurance provider in the Caribbean.  Since 2009, Todd has helped to transform NAGICO's visual brand from a simple collection graphic elements to a comprehensive communications program that has achieved strong brand equity and has elevated NAGICO's image far above their competitors. Axia is the exclusive creative agency of record for NAGICO providing all of their advertising campaigns, company acquisition rebranding, office signage, web media and point-of-sale graphics.

Prior to opening Axia Creative, Todd was the Creative Director for Nth Degree in Georgia where he provided design direction for large events and trade shows. While there, he designed audience acquisition campaigns and event graphics for high-profile companies such as Qualcomm, Intel, Kyocera, Hot Jobs, Mohawk and Pfizer.

Previously, he served as the Design Director for the Douglas Group in Washington, DC where he was the lead designer for branding and wayfinding projects for clients such as the US Capitol, the US National Arboretum, the City of Rockville (MD), the Ronald Reagan Building, Swarthmore College and the Fairview Marriott Hotel.

In Chicago, Todd Mayfield was a senior designer for Ambrosi & Associates. His projects included in-store and point-of-sale graphics for Sears, Jacobsons, Walgreens and Herbingers. He also provided brand development and wayfinding for several malls owned by General Growth Properties (GGP).

In Hawaii, Mr. Mayfield worked for a large international architectural and interior design firm called Media Five, Ltd. He was the lead designer for their graphic design team which specialized in creative services for the hospitality industry. His projects included branding and wayfinding for large hotels, resorts and communities such as the historic Royal Hawaiian Hotel in Waikiki, the Kapalua Beach Hotel in Maui and the Kapolei residential development.