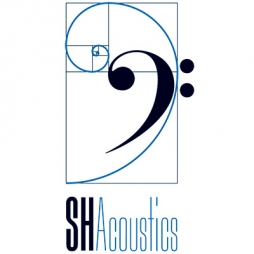 Steve Haas is the President and Principal Consultant of SH Acoustics, an internationally recognized and award-winning consulting firm specializing in the acoustic and audio design of luxury homes, museums, performance spaces and recording environments.

With a great-grandfather who was a mason that worked on some of Europe’s finest concert halls and a grandfather who was a concert pianist and violinist that played with numerous orchestras, including the world-renowned Cleveland Orchestra, Steve Haas was destined to make his mark in the field of music and acoustics.

Steve Haas has more than twenty-five years of experience in residential and commercial acoustic design, and has been lead acoustic consultant on numerous award-winning projects such as the Newseum (Washington, DC,) the Canadian Museum for Human Rights (Winnipeg, Manitoba) and hundreds of other museum & performing arts projects.

He is equally proud of his design and renovation of many private theaters, listening rooms and a vast plethora of some the most unique and unexpected spaces to be found in many serene, welcoming homes throughout the world. An accomplished musician and inventor of Concertino, the world s first acoustic enhancement system design specifically for private performance, presentation and recording environments, Steve is often sought out as an industry expert, and has been invited to speak at seminars and conventions all over the world. He earned his Bachelor of Science degree in Mechanical Engineering from Cornell University, with an emphasis in Acoustics and Music. In his free time, Steve enjoys playing keyboards, mixing live sound, boxing and pretending to be better than he actually is at basketball and tennis.