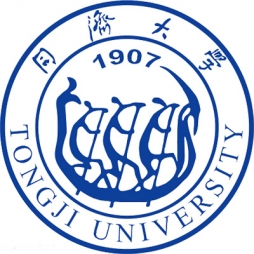 Huang Shengyu is an Chinses environment and service designer that lives in Shanghai, currently proceeding a Master's Degree in System Design at the Politecnico di Torino (TORINO, Italy). He has got a Double degree (Joint culture) of master from PoliTO（Italy）and Tongji University (Shanghai, China), studying system design, service design and social innovation.

Based on his undergraduate study in environmental, landscape and architectural design as well as his research on systems, service and social innovation during the graduate class, Huang Shengyu draws advantages from both to create his style of architecture from a special perspective of services design. This background also offers him a systematic approach to reconstruct the relationship between architecture and society.

Since 2015, Huang Shengyu has been a member of the “SustainX Lab of D&I”, which specializes in sustainable social innovation. During this process ,He has worked on “Siping Community Family Doctor Service Design”, “City renaissance plan of Roma” and “MIT&Tongji” Shanghai Urban Science Laboratory.In 2016, jointed with other professionals, he established a design consulting studio in Shanghai named "DREAL-DESIGN", aiming at solving problems about environmental services design and visual services design.

Huang Shengyu has a passion for film and television production as well. In 2016, he had the honor to work with the social innovation project “Open Your Space” and displayed his eponymous documentary at 2016 Milan Design Week. Meanwhile, he also set up a design talk show named “Have you designed yet?” in the same year, which is accessible on Apple Podcast.