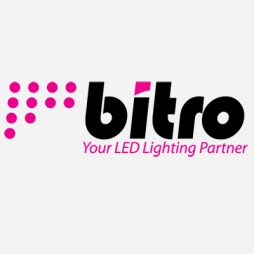 The Bitro Group started as an LED manufacturer supporting the sign industry, however, has expanded to include Resno, The National Leader in low Profile Illuminated channel letters, and Artios, a supplier of Luminous Surface lighting for retail, office, and other spaces.

One of Scott’s roles with the Bitro Group is to bridge the gap between the designer and the fabricator, by assisting in writing lighting specifications. Specifying illumination can allow designers to guarantee results to their clients and hold fabricators to a set of standards.

Prior to Scotts role at The Bitro Group, Scott spent 15 years with Samsung Electronics as Head of Training for Consumer Electronics and played a role in bringing many technologies to market, including VR, AR, Tablets, and Large Format display to name a few. Scott was often seen on TV pitching products on QVC and HSN, as well as many press interviews on new technology.

In addition to PR and training Scott pioneered the Samsung store in store concept at Best Buy, which included store layouts, on screen content, and the signs that were intended to assist customers through their retail journey.

The Bitro Group routinely partners with Design, Environmental Graphics, Wayfinding, Architectural and Project Management firms, in assisting with specifications, documentation and consultation, and is a supplier of tier one LEDS to the industry.