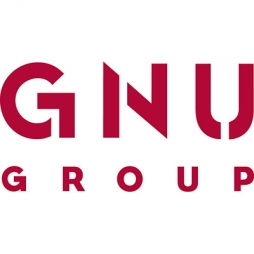 A casual meeting between Rich Burns, John Berry and Jim Glass to discuss new professional opportunities designing signs, led to the founding of SEGD.  Joined by a few others who found themselves working in the arena of sign design (signage was a term yet to be created by the group), the Society for Environmental Graphics was brought to life in 1973. Rich became a zealot for the organization and committed himself and the resources of his practice, the GNU Group, to legitimizing the professional discipline and the organization.  He served as one of SEGD’s first Presidents and stewarded many of the Society’s early initiatives that ultimately spawned a viable professional association. In 1987, Rich, along with Jim Glass, were named as the Society's first Fellows.

As was true of many of the Society’s early members, Rich was an accidental entrant into the world of environmental graphics.  Along with his brother Steve, he launched a fledging traditional graphic design practice. One of their first clients was the SWA Group, landscape architects and planners, who asked them to design a branding and signage program for a new master planned community. It was this assignment that prompted Rich to join John and Jim in the momentous meeting that gave rise to SEGD.

The practice became a part of the SWA Group which led to many more opportunities to pursue the world of signage and environmental graphics. In1974 the firm was rebranded as the GNU Group. Rich guided the GNU Group through its first two decades, becoming an important force for the profession. His engagement with SEGD continued to propel its growth, and his focus on positioning, branding and marketing of real estate led to innumerable environmental graphic projects for GNU.

As a long time member of the Urban Land Institute (ULI), Rich originated the curriculum, and for many years taught their comprehensive workshop on Marketing Real Estate. It was an opportunity to introduce the importance of environmental graphics to the real estate community.

He now describes his retirement as ‘going poorly’, as he continues to provide consulting services for a number of clients and volunteer organizations.

View the work of GNU and connect with Rich on LinkedIn.