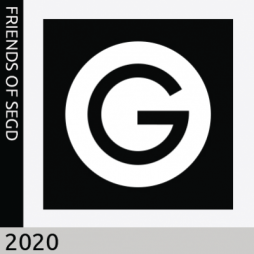 Through his design firm Gallagher & Associates, Gallagher has led the development of notable museum planning and exhibition design projects around the world, from the Grammy Museum in Los Angeles and the International Spy Museum in Washington, D.C., to the Shanghai Museum of Natural History and the Sant Ocean Hall at the Smithsonian Institution’s National Museum of Natural History. His experience spans more than 30 years and includes projects ranging from museum planning and exhibition design to full-service museum development projects. He has served on the board of numerous professional design organizations.

In addition to building a global design practice with offices in Washington, D.C., San Francisco, and Asia, and directing projects dotting the globe, Gallagher has been an active member of SEGD since 1999, is a former president of its Board of Directors, and was instrumental in the development of SEGD’s award-winning magazine. Gallagher also chaired the 2011 SEGD Exhibition and Experience Design Symposium at Cranbrook Academy of Art, which focused on global expansion of design business. He writes, lectures, and teaches to share his 30 years of experience in design and the building of a highly successful worldwide design practice.

“Patrick has made enormous and vital contributions to the field of environmental graphic design,” says Leslie Gallery Dilworth, former CEO of SEGD. “He was among those who led the integration of exhibit design, storytelling, and interpretive design into the mainstream of SEGD. His strategic approach and analysis set a new model for planning and design of museums with the for-profit International Spy Museum in D.C. His projects read like a Who's Who of visitor centers and museums around the world.”