Mies Hora has had a long, multi-disciplinary career in the design field, where his decades of experience include corporate identity, branding, positioning, advertising, web design, publications and print media, mobile device applications, product and interface design, environmental graphics, wayfinding and videography/photography for a wide variety of clients.

He has been Creative Director and Principal of Hora Associates since 1979, founded the software content publishing firm Ultimate Symbol in 1992, and is responsible for directing the design, development and marketing of the print and electronic versions of its growing library of titles and downloadable vector images. In 2010, Mies started up the mobile device app firm, HuggaMind, Inc., devoted to creating non-verbal communications products for caregivers, babies, special needs users and the elderly.

Mies is known internationally for his work in developing non-verbal communications systems in the form of symbol sets for the transportation, hospitality, safety and healthcare sectors.  He has been engaged to work on projects as diverse as wayfinding concepts for an 11-tower world trade center in Beijing’s Central Business District; the design and implementation of an extensive system of pictograms for the vast MTA transportation network in New York City; public transport safety and emergency symbols; international travel and hotel symbols; a new official system of pictograms for Universal Symbols in Health Care commissioned by SEGD; and a unique system of pictograms for the Stavros Niarchos Foundation Cultural Center in Athens, Greece.

He is the author of a number of widely used industry-standard design references including the CD/books Official Signs & Icons 3, Nature Icons 2 and Design Elements 5 by Ultimate Symbol, as well as the original four-volume series of best-selling design references, Design Elements 1, 2, 3, and 4.  He blogs about non-verbal communications and symbol design at www.significon.com.

Mies received a BFA from The New School for Social Research/Parsons School of Design in New York City, where he studied with masters Lance Wyman, Henry Wolf, Rudolph DeHarak and Cipe Pineles Burtin. Mies completed post-graduate work in publication design at Stanford University, and has served as an Adjunct Professor of Design & Typography at Parsons and Purchase College of Art+Design, as well as a series of annual symbol design and wayfinding workshops at Tsinghua University, Beijing. Mies Hora is also an avid astronomer and accomplished finger-style guitarist.

He is on the Board of Directors of the prominent non-profit educational Northeast Astronomical Association, aka The Rockland Astronomy Club, Inc. Mies directs the corporate design, marketing and communications for this internationally recognized astronomy, space and science outreach organization. 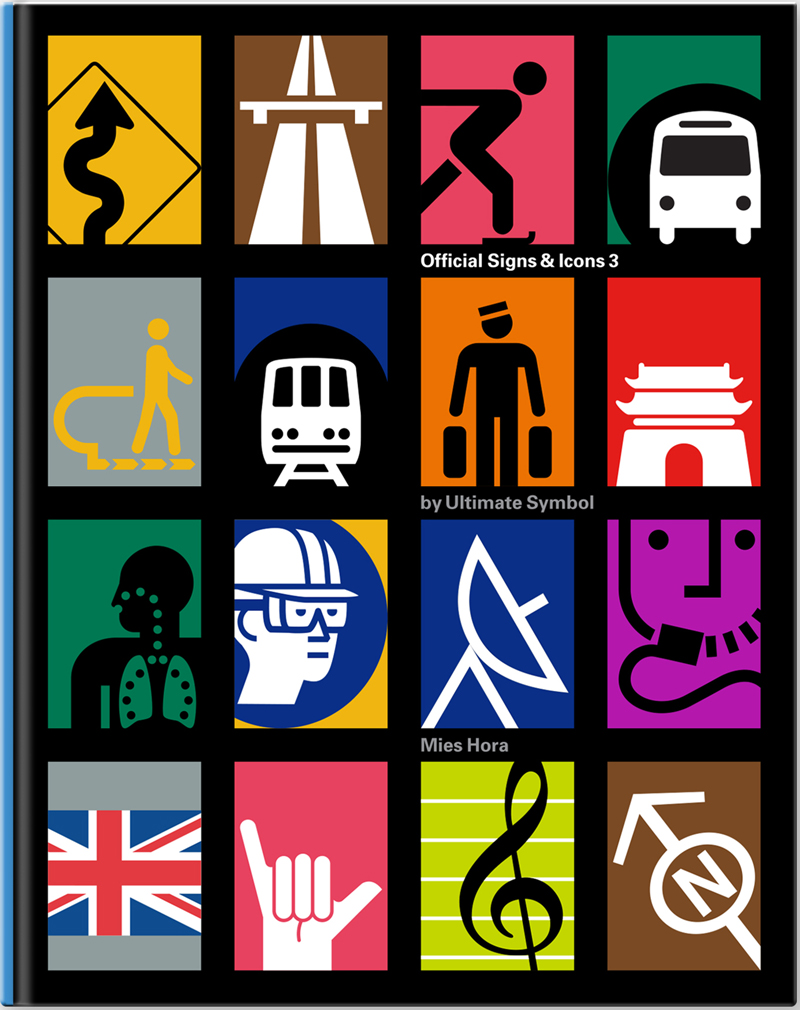 This book is a near reproduction of the one-off, leather-bound ‘sketchbook’ that Lance Wyman made to document his design process for the creation of a logo and identity design for the 1976 American Bicentennial celebrations to mark the creation of the USA as an independent republic.