Sue Gould began her design career in 1967 working on the Man & Agriculture pavilion for Expo 67 in Montreal, then proceeded to help pioneer the field of environmental graphic design. An early specialist in themed graphics for shopping centers and an expert in signage for landmark buildings, she has been a master connector helping to build the SEGD community while nurturing her own New York design consultancy, Lebowitz | Gould | Design, to success.

“When I think back to meeting Sue for the first time, it was several years after arriving in NY as a young designer,” says Jill Ayers, Creative Director for Design360 (New York). “This was the woman I had heard so much about—a critical player in shaping the field of EGD as well as SEGD’s early years. Sue is the consummate leader, participating in chapter events, ever supportive of our national conferences, and lending her expertise and support to the SEGD Board of Directors.

“As an entry-level designer, it was reassuring to have a female role model in the industry to look up to. Many years later, I find myself working side by side with her in this profession, learning from her wisdom. Thank you for paving the way, Sue!”

Gould was honored June 8 at a Fellows ceremony during the 2013 SEGD Conference in San Francisco. She spoke to eg magazine about her life in design.

When did you first know you wanted to be a designer?

I always drew. It was easy and fun and people were impressed. In addition, my father was in advertising and by the time I was 11 or 12, he had enlisted my help doing mechanicals and paste-ups for ads (using rubber cement, of course).

He was advertising manager for a smokers’ accessory company, and my first exposure to the impact of dimensional graphics were the two life-sized polychrome wooden Indians that stood in the lobby of his company’s offices.

My mother was a theater buff and took us to Broadway at an early age. Our next-door neighbor was a theater set designer and I was captivated by the small worlds of his set models. They inspired me to work on the stage crew, designing and building sets for our high school plays.

I was an American Field Service exchange student to Denmark for my senior year in high school, matched with a family whose father was an advertising executive with the biggest ad agency in Copenhagen. My Danish brother studied at the London School of Typography and had an old monster Heidelberg letterpress in the basement. He designed stationery for me and printed it on this giant antique. My Danish mother was a sketch artist who did beautiful ink-and-brush drawings. We had drawing classes every Saturday in the living room and friends would come over and we’d take turns posing for each other.

Their lifestyle really appealed. I thought, You can make a living and still have all this fun. Amazing!

What was your educational background?

I enrolled in the Industrial Design department at RISD, where Mark Harrison ran the first-year ID program. He was one of the first designers to develop products for the disabled, which impressed me, as both of my parents were seriously disabled. Mid-semester of my second year, I was expelled for “extracurricular activities” which made me very, very angry.

The chairman of the ID department there, Pierre Kleykamp, though it was ridiculous and introduced me to his faculty friends at Parsons. They arranged for me to transfer there with all my credits. While waiting for the next semester to start, I worked at an ad agency housed in a printing company, and so learned offset press procedure (pre-computer) that summer, and ultimately graduated from Parsons with a B.A. in Industrial Design. I also got a B.S. from NYU at night because my folks thought it was important to have one.

But the most significant schooling came a few years later, while I was teaching part-time at Parsons. With the opportunity of free credits, I took several graduate courses, including a big eye-opener for me, Experimental Psychology. Suddenly I could understand so many previously baffling visual phenomena, and I could explain to others why certain configurations work, and others don’t, based on real evidence and understanding of some of our neural processes.

Tell us how your design career got started.

After working summer jobs at Albrecht Goertz Design and George Nelson Associates (where I had the great good fortune to meet Lance Wyman), my first full-time job was in Montreal working for Gagnon-Valkus, a small firm contracted to design the Man & Agriculture pavilion for Expo 67. I was hired to help build models and conceptualize designs. It was a dream job. I think I made $85 a week.

After a year, I came back to New York and began working freelance for both architectural and industrial design offices. I married another designer and moved to Connecticut where we opened a consulting business called the Connecticut Design Collaborative. Our first wayfinding project was for Mystic Seaport. That’s where I learned you can’t use acrylic outdoors in winter! I also began to understand how people read (and mis-read) maps.

As a student, I had done calligraphy as piecework for clients like New York Life Insurance and other companies that gave out achievement certificates. I enjoyed this almost meditative work. Later, when I divorced and moved back to New York, calligraphy helped pay the rent.

Retail has also been a big part of your career, right?

The mid-70s was a time of the flowering of shopping centers all over the country, and graphics were a big part of their theming. A lighting consultant asked me to work with him full-time. He was doing a lot of retail work and had great connections with several retail developers. I got heavily involved in this niche, often designing integrated interiors.

Through this work I became involved with The Taubman Company, for whom we designed many projects. After several years, I decided to work on my own. I bought a loft and hired a few talented ex-students and we got a lot of work. A major client was a developer who created a new brand, and we did stores, restaurants, packaging, and promotion for Pasta & Cheese all over New York. Around this time I also got connected with Hertz Corporation for signage work for their retail facilities all over the country.

How did Lebowitz | Gould come about?

In 1981, a fabricator who was doing some of the Hertz work for us introduced me to industrial designer Sam Lebowitz. Sam had recently gotten an RFP for a project that required retail experience, which he didn’t have. His lease had run out, I was tired of both living and working in my loft, and we decided to work together in a new space. At first we operated independently as a collaborative, but after a few joint projects, including the signage for the first Trump Tower in Manhattan, we decided to form a company together.

Who have been your biggest role models/influences as a designer?

The designers who have been most influential for me have all been polymaths: George Nelson, Massimo Vignelli, Charles and Ray Eames. There are no boundaries in their work—they do everything— industrial, interior, and graphic design.

An early and strong influence on me was Jane Davis Doggett—one of the unsung heroes of our profession. In the few years I worked with her on Jacksonville Airport, Newark Airport, and others, she demonstrated how to educate bureaucrats and architects so that they understood issues of legibility and step-by-step wayfinding. I was awed as major clients like the Port Authority of New York and New Jersey became her champions and friends rather than her adversaries.

How did you become involved in SEGD?

In the 1980s, I met Hanley Bloom of ASI. He was always talking about how great SEGD was and inviting me to conferences. Luckily, I was in Bloomfield Hills, Mich., in 1983 for a meeting with The Taubman Co. at the same time as SEGD’s conference at Cranbrook Academy of Art, just down the road. So I drove over to see what it was all about. I had a wonderful time, meeting a whole community of people who did the same things I did! I stayed for the day and of course, joined.

I met so many people and learned so much. I helped organize an early conference in New York and we managed to wrangle a space at the UN. I had the VP of facilities at Hertz come to talk about integrating graphics into their facilities. Tracy Turner spoke about her travels and working with IM Pei on the first hotel she did in China. She was the first of us doing overseas work. Everybody felt very important learning about it.

What has SEGD meant to you?

It’s a real community. I find that wonderful. There is a level of trust and sharing that I have never experienced elsewhere in a professional setting. What I most enjoy about SEGD is walking into a bidders’ conference and seeing all my designer friends and we exchange hugs all around and ask about each other’s families. And the client sits with their mouth open and asks, “Do you mean you know each other?” And we say, “We not only know each other, we love each other!” 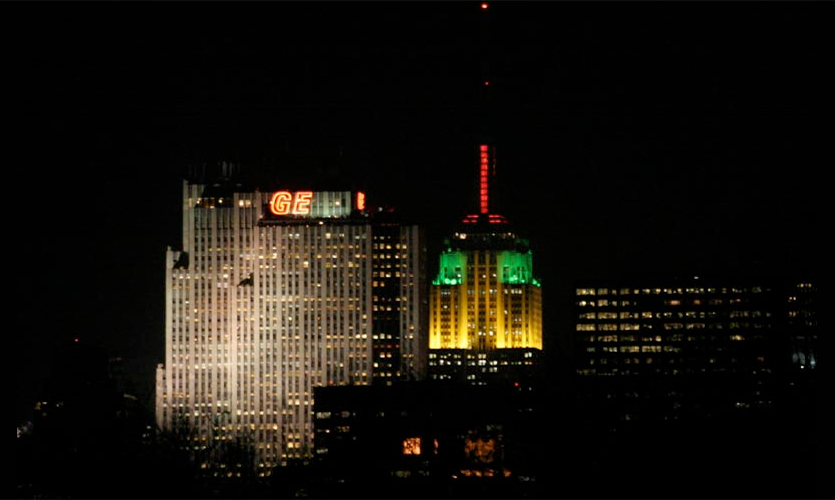 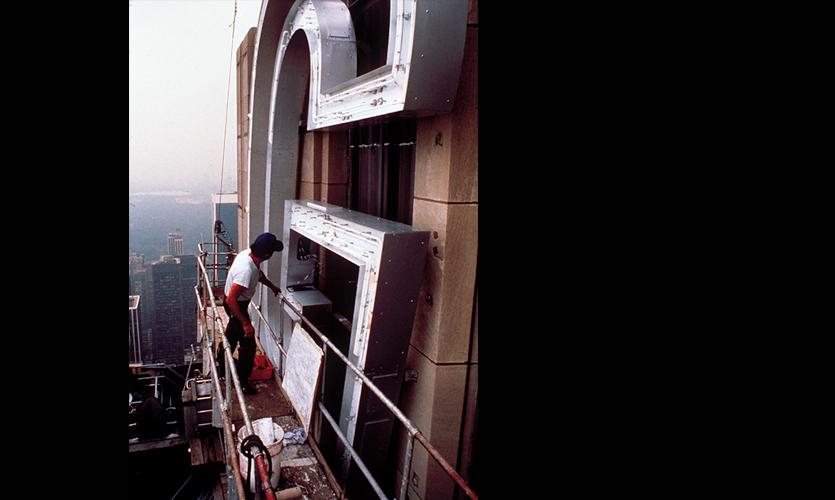