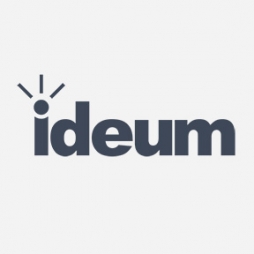 In 1999, Jim Spadaccini founded Ideum, where he is the Creative Director and Founder. He helps direct Ideum’s commercial hardware and software initiatives and provides creative direction for custom software and installation projects

Jim Spadaccini was the Principal Investigator for the National Science Foundation (NSF) sponsored Open Exhibits software and community initiative and a co-PI for the Creating Museum Media for Everyone (CMME) project. In addition, he was co-Chair of the NSF-funded Human Computer Interaction in Informal Science Education (HCI+ISE) conference. Additionally, Jim was a Principal Investigator on the NASA funded Space Weather Mobile project and co-PI on a National Oceanic and Atmospheric Administration (NOAA) sponsored project, Hurricanes and Climate Change.

In addition to his responsibilities at Ideum, Jim is active in the community and volunteers as a board member for the New Mexico Center on Law and Poverty. Before founding Ideum, Jim was the Director of Interactive Media at the Exploratorium in San Francisco. While at the Exploratorium, his department was responsible for developing educational Web resources and media exhibits for the museum floor. For his work at the Exploratorium, Jim received a Smithsonian Computerworld Award, an Association of Science and Technology Centers (ASTC) Award for Innovation, and three consecutive Webby Awards for “Best Science Site.”

Jim Spadaccini taught courses on design and technology at San Francisco State University’s (SFSU) Multimedia Studies Program for seven years starting in the mid-90s, and more recently taught Technology-Enhanced Communication for the Cultural Heritage (TEC-CH) program at the University of Lugano, Switzerland. For more than a decade, he has taught courses on digital media and museums for the Cultural Resource Management Program at University of Victoria, British Columbia. Along with his work in informal education, Jim has consulted with Apple and Adobe and has developed promotional and instructional materials for a number of professional software authoring tools.