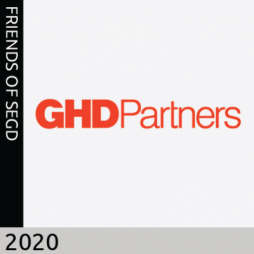 Prior to joining GHD Partners, Jean was an exhibition designer for The Museum of the City of New York and worked independently on print and digital collateral for clients such as Whiz Khalifa, Bell Works, and Randall's Island in New York City. Her work has been featured by The Princeton Architectural Press, Adobe, Amazon, The New York Times, Hyperallergic and Untapped New York.

Jean, originally from Minnesota, received her BFA in graphic design from Iowa State University with a minor in English. She’s known to explore and experiment with different methods and mediums to strengthen her design approach that is unique to each client's objectives.

Connect with Jean Colangelo on LinkedIn.