Holmes Studio centered the rebranding initiative on the sign company's long history of delivering highly skilled design and sign-making for various design companies as well as directly for clients. First established in 1974, Rivermeade has decades of experience and craftsmanship and has garnered a remarkable client list, from Harrods to the Victoria & Albert Museum, from the Science Museum to the London Olympics Stadium.

The resulting design concept reflects the meticulous quality of Rivermeade’s behind-the-scenes care and craft in each visual element of the brand, from typography and imagery to media and materials.

RIVERMEADE is set in Caslon’s Egyptian, based on ‘Two Lines English Egyptian’, in what is believed to be the first sans serif typeface released over 200 years ago by William Caslon IV. Sans serif lettering in block capitals in this time was used by architect John Soane and copied by others, particularly in sign painting. The partner typeface is Brunel from Commercial Classics – based on Caslon’s take on the Bodoni style from a similar period.

The cornerstone of the brand is the heritage mark, which acts as a ‘stamp of quality’. The typography was stripped back to its roots, using a 200-year-old sans serif – itself influenced by architectural lettering and sign painting of the time. The ‘kingfisher’ emblem was prominent in the old brand. After some debate whether it should be kept or not it was decided to retain the kingfisher, redrawing it and using it as a special element on key items.

Filmmakers and photographers, Stephenson / Bishop spent a couple of days in the Acton factory (just before lockdown) shadowing the different members of the Rivermeade team as they worked – capturing every stage of the design and manufacturing process. The result is an extensive library of portraits, documentary, detail and product shots of the factory which will be slowly unrolled over the next few years. They edited together a short film as a concise introduction to their work (view here).

The website leads with the new photography, reinforcing the ‘quality and craftsmanship’ narrative, partnered with an overhauled portfolio of their recent projects.

Holmes Studio is a design company established by Creative Director Lucy Holmes in 2019. It continues and broadens the reputation in branded environment and information graphics established by her work at Holmes Wood, which she co-founded in 2000. More about Holmes Studio 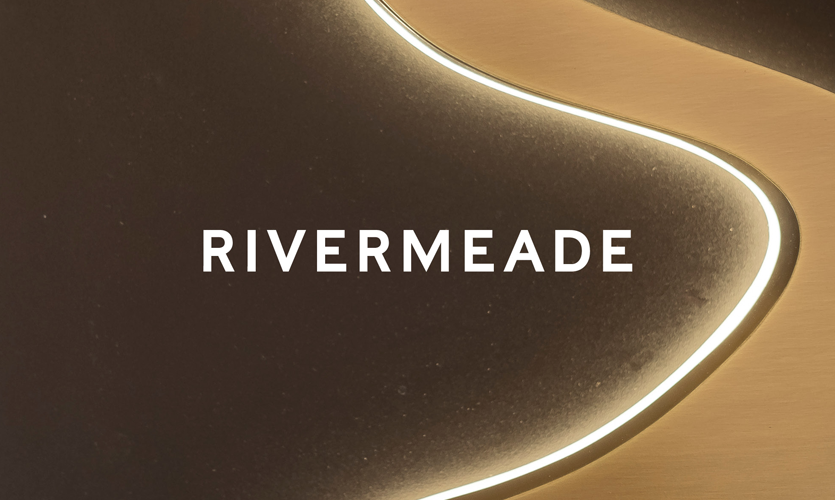 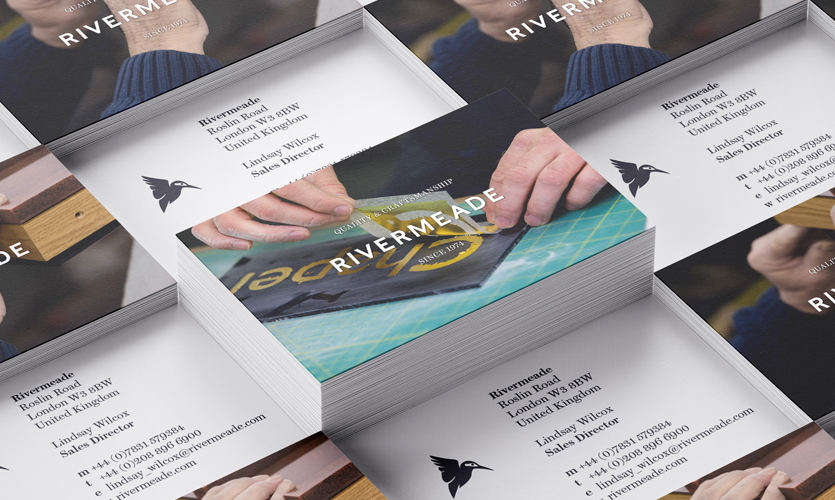 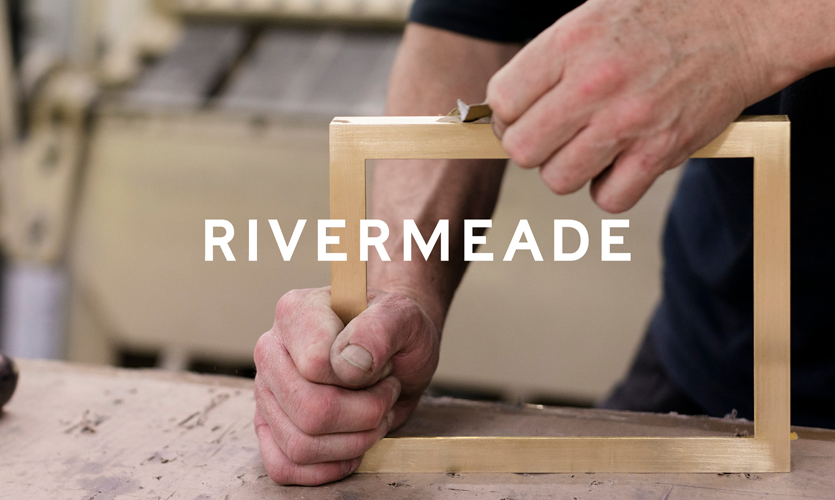 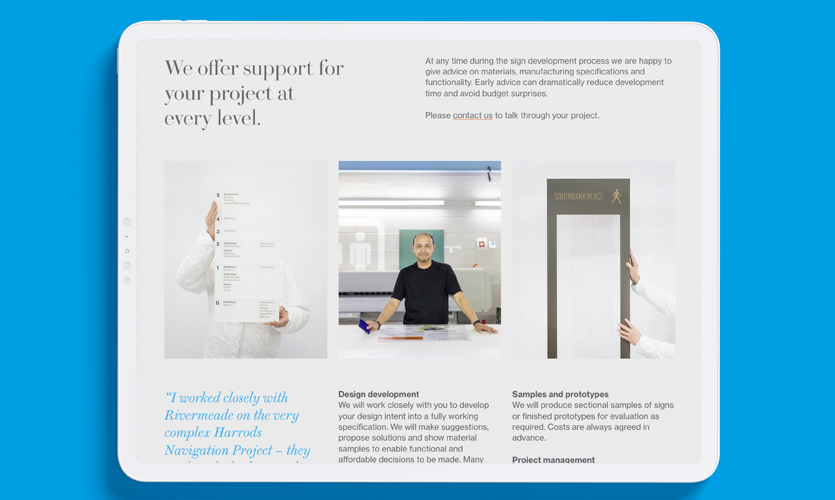