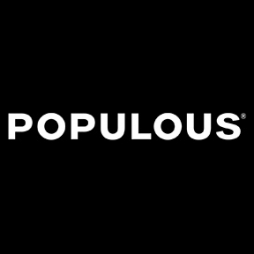 Gavin Boorman is a young and energetic graphic designer for Populous Activate who brings a multi-disciplinary, creative approach.

Graduating from the University of the West of England, Bristol, in 2013 with a BA (Hons) in Graphic Design, Gavin Boorman was notably awarded membership to the International Society of Typographic Designers.

Beginning his career as a junior designer for a renowned wayfinding design and strategy agency, Gavin worked on a project to develop a unified wayfinding system for the complex Moscow transportation network, and was based in Russia for a year.
Following on from his work in Moscow, Gavin pursued an ambition to travel, and spent eight months exploring Asia. This travel experience proved a unique opportunity to fulfil long held ambitions and enabled him to return with new ideas and respect for the knowledge he had gained.

In summer 2015, Gavin Boorman joined Populous Activate, where he works with brand activation and graphic overlay of stadia and entertainment venues. His role as graphic designer involves the planning and design of wayfinding systems for a multitude of project types and scopes, as well as working with brand partnerships to integrate naming and brand activation into environments that enrich the user experience.

Connect with Gavin Boorman on LinkedIn.