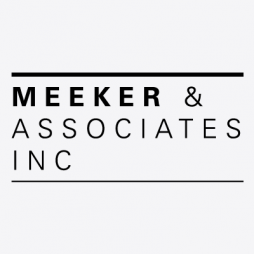 Donald Meeker grew up in Oregon and was greatly influenced by the state’s diverse landscape, its strong conservation ethic, and public design initiatives that in the 1950s and early 60s were progressive in their time. Although a New Yorker for 35 years, that influence and ethic has guided his way of thinking. In his 30-year career as a graphic designer, he has worked for a variety of clients ranging from paper companies and hedge funds to national parks and historic sites. His work on public projects for parks and natural areas touch millions of visitors a year.

Donald believes that nothing exists in isolation. In each assignment he studies content, context, scale, and form and makes sure they are connected to the whole. He crafts designs that have meaning, purpose, and visual quality.

Donald Meeker's innovative work on the design of the Clearview typeface to aid older drivers and improve the visual quality of the roadscape has been recognized internationally. He has received many national awards for his work informing and guiding users of national parks, national rivers, and provincial parks. He has authored and co-authored many research papers published by the National Academy of Sciences and other scientific organizations and has worked extensively with human-factors engineers on problems involving how people interact with the built environment.

Donald Meeker has an undergraduate degree from the University of Oregon and a master’s in design from Pratt Institute.

FHWA Stands by Clearview Decision for Highway Signs, but Clarifies its Use for Community Wayfinding

While state highway engineers are rushing to put the brakes on use of Clearview on federal highway guide signs, the Federal Highway Administration says its decision to withdraw conditional approval of the typeface was about licensing fees as well as safety. It also clarified that Clearview is still an acceptable alternative for community wayfinding programs.