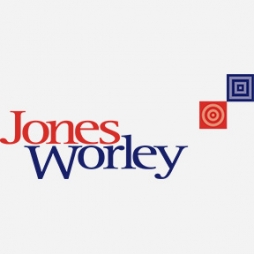 Cynthia Jones Parks is President and CEO of Jones Worley Design, an Atlanta-based communications firm that celebrates its 29th Anniversary in 2019.

Cynthia Jones Parks has earned a national reputation in the transportation industry for her agency’s outstanding work. Jones Worley has provided strategic branding and marketing communications, wayfinding and signage design, branding and creative solutions for more than 45 transportation authorities from California to Florida.

Parks made history when Jones Worley was the only African-American female owned firm selected to be on the team that branded and designed the “Look” of the Centennial Olympic Games.

Parks made history again when her firm branded and launched the Breeze Card for the Metropolitan Atlanta Rapid Transit Authority, in what was the first 100 percent smart card conversion in the country.  The success of that project paid off enormously. Jones Worley subsequently won contracts to guide the implementation of eight, uniquely different transit smart cards in San Francisco, St. Louis and Albany, just to name a few.  No other marketing and communications firm in North America has worked on as many smart cards as Jones Worley.

Under Cynthia Jones Parks’ leadership, Jones Worley has also been awarded high-profile projects for global-reaching, Fortune 500 corporations such as The Coca-Cola Company, Turner Entertainment, Chick-fil-A, the Centers for Disease Control and Prevention and Hartsfield-Jackson Atlanta International Airport—the busiest airport in the world.

Parks is a popular speaker and panelist.  In addition to the Conference of Minority Transportation Officials (COMTO), she is a member of the American Public Transportation Association (APTA), the Society of Marketing Professional Services (SMPS), AIGA, and the Society for Environmental Graphic Design (SEGD).

Cynthia Jones Parks formerly served on the Board of Advisors for the Metro Atlanta Chamber of Commerce, the Atlanta Chapter of COMTO, the Board of Directors for the Georgia State Alumni Association, and the Small Business, Agricultural and Labor Advisory Board for the Federal Reserve Bank of Atlanta.  She was a member of the 1997 Class of Leadership Atlanta.

Recognized as an innovator and leader in local, national and international media outlets, Parks was also the 2015 recipient of COMTO’s Celebrating Women Who Move the Nation Award for the outstanding private sector work her firm has done in transportation including air, bus, heavy and light rail and roads.

When she’s not working, networking, speaking or strategizing, Parks stays true to her creative roots as an artist.  A born entrepreneur, Parks sold her first paintings at the young age of 15.