Make No Small Plans: a talk by Gabrielle Lyon

The Wellington SEGD Chapter and Isthmus NZ invite you to an evening of urban inspiration.

Join No Small Plans lead author and project director Gabrielle Lyon to hear about the behind the scenes adventures involved in reinventing a 20th century Chicago urban planning textbook as 21st century graphic novel. Inspired by teens, birthed by Kickstarter, reviewed in the New Yorker and distributed as part of a mass-education civic engagement effort, No Small Plans is a home-grown effort to change the story of what makes a good neighborhood one kid at time.

Gabrielle Lyon, Ph.D., is a nationally-recognised non-profit leader, educator, and public speaker with a background that includes launching and leading award-winning social impact organisations and initiatives focused on levelling the playing field of educational opportunity for underserved youth particularly in science, architecture and urban planning. As a senior researcher at the Great Cities Institute she is exploring issues related to cities, youth and design. Questions of interest include: How are youth currently involved in shaping the places they live and learn? What impact do participatory urban experiences have on civic identity? What can be done to generate an evidence base that ensures youth voice informs the development of urban plans at all scales?

This talk is generously hosted by Isthmus, an integrated design studio that removes the traditional boundaries between the disciplines of architecture, landscape and urban design. Guided by a clear set of principles and ideas; their kaupapa is based on deepening the relationships between land, people and culture. 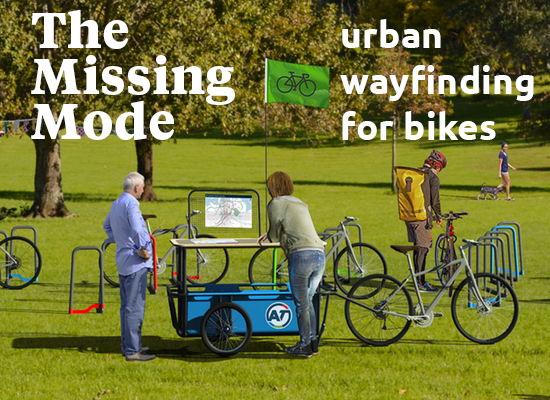 The Missing Mode: Urban Wayfinding for People on Bikes

Join the SEGD Wellington Chapter at Bicycle Junction to hear Guy Hohmann talk about signs, cities and bikes.  Investment in cycling infrastructure is booming in cities, but is signage keeping up?

Get your free tickets to this event here

Guy will dive into the issues and opportunities which emerge when cities try to provide signs for people on bikes.   Guy is a creative industrial designer whose rigorous, process-led approach yields innovative responses to complex design briefs within the public realm sector. His work has spanned street furniture and lighting design, signage design for pedestrians, cyclists, rapid transit and the commercial sector, and architectural component design for cutting edge metro systems from London to Melbourne. Guy leads the Auckland studio of International design practice Maynard.

With offices in London, Melbourne and Auckland, Maynard is made up of wayfinding, graphic and industrial designers. Maynard are long-term collaborators with extensive experience working as a specialist partner to some of the world’s most respected architects and engineers.

Off Grid returns in 2018. There will be stopover opportunities in Brisbane, Sydney, and Melbourne before we all come together in Wellington. Check out the website and save the dates: 23–27 February 2018. The first tickets will go on sale at the talk — special giveaway price for a special night! 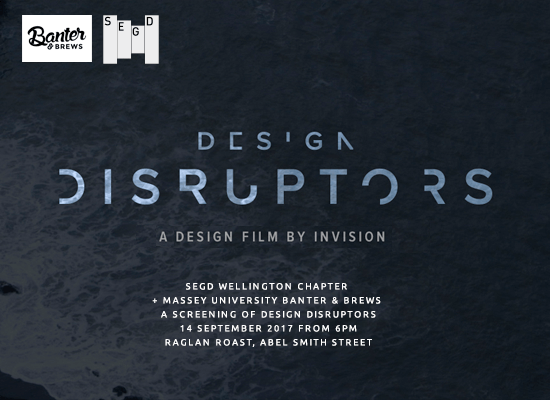 A screening of Design Disruptors, a film by Invision, brought to you by the Wellington SEGD Chapter and Massey University Banter & Brews Society. Many thanks for Design Meetups Wellington for getting us access to the film. 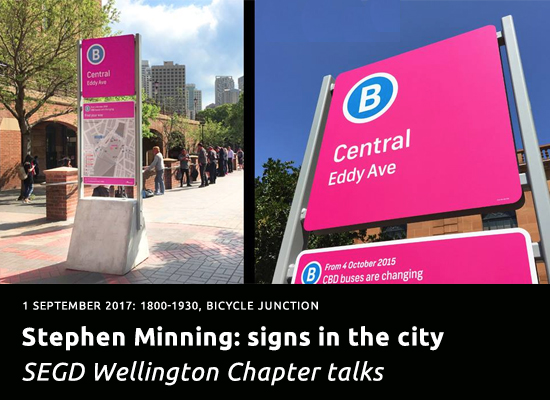 Join the SEGD Wellington Chapter at Bicycle Junction to hear brand and wayfinding specialist Stephen Minning talk about signs in the city.

Stephen Minning says we are all influenced by culture — he grew up in North Africa, England, Dubai and Singapore and is intrigued by the differences in how these places translate to each other but still have the same core values holding them together. He uses this understanding to comprehend and interpret corporate brand cultures. He says he has trouble with haphazard ideas with no foundation to the brand, he believes in simplicity, consistency and structure. Stephen is founder and director of BrandCulture and Pam Wayfinding based in Sydney. Representing a decade of design excellence, BrandCulture's work has been acknowledged by design awards and publications globally, while Pam Wayfinding is changing the way people navigate campuses around the world. 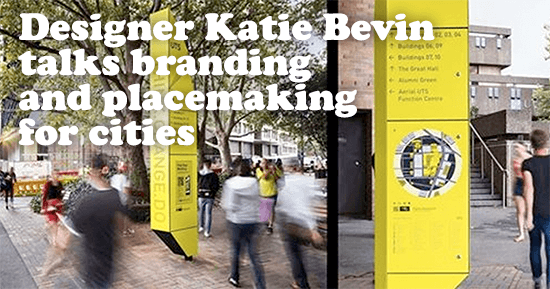 Katie has worked extensively in Australia (for agencies including Frost Collective) and Europe (for Holmes Wood) on a vast range of signage projects. Most recently she has been working with Auckland Transport and now is in Wellington where she studied design and will be helping the Wellington City Council design team explore wayshowing and placemaking.

Katie will share some of her recent work, and insights into international approaches to branding across different touchpoints for a seamless city brand experience.

This event is free, but koha will be collected to help fund an awesome student crew to attend, and speak at the SEGD conference in Miami in June 2017.