Bilingual Signage and Cultural Narratives: Hīkoi of Te Wānanga with Isthmus and Maynard

Sorry folks, due to COVID we have had to postpone today's event :-(
New details to follow asap.

The Society of Experiential Graphic Design (SEGD) invites you to join designers from Maynard and Isthmus for a hīkoi of the recently completed public space Te Wānanga and Te Ngau o Horotiu. Then join us at the recently opened Isthmus studio for a social get together and short presentations from Maynard and Isthmus on transforming downtown Tāmaki Makaurau and their approaches to bilingual signage and cultural narratives.

Meet at the fingerpost sign outside the ferry terminal entrance at 5pm for the hīkoi with designers from Maynard and Isthmus. Continue along Queen Street to the new Isthmus studio for a social mixer at 6pm with short presentations from the designers. 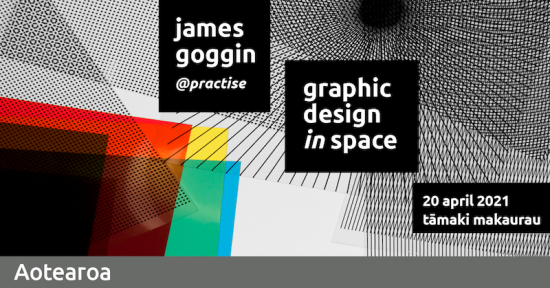 Join us in Tāmaki Makaurau Auckland for a talk from design polymath James Goggin, who has recently relocated his studio Practise from the US. James will share his work on the topic: Graphic Design in Space.

James has borrowed the title of his talk from the subtitle of an elective class he has taught at Rhode Island School of Design for the past five years: “X, Y, and Z.” The course, and this talk, argues that even from the page, the screen, even from just typography, graphic design is an inherently spatial and anthropometric discipline, conditioned by context, contingency, and the body—by, for, and with people. James will survey a range of print, digital, and environmental projects by Practise as well as case studies by RISD students, particularly work from the recently concluded 2020 fall semester where they all grappled with how to work online in isolation during a pandemic for a class (not to mention a profession) that’s all about physicality and presence.

James Goggin is a British and/or Australian graphic designer from London via Sydney, Stockholm, Copenhagen, Arnhem, Chicago, Providence, and Auckland. He founded a design practice named Practise with partner Shan James in London upon graduation from the Royal College of Art in 1999, working on art, architectural, civic, cultural, fashion, and publishing projects in Europe, Asia, Australasia, and North America. The studio is currently based in Tāmaki Makaurau and Providence, Rhode Island. James teaches at Rhode Island School of Design and previously taught at Werkplaats Typografie in the Netherlands and at ÉCAL in Switzerland. Alongside Practise, James has consulted for Tate Modern and Tate Britain, and served as Art Director of British music magazine The Wire and as Director of Design and Publishing at the Museum of Contemporary Art Chicago. He designs type for various projects and for Swiss foundry Lineto, and regularly writes, lectures, and exhibits internationally. James was inducted as a member of Alliance Graphique Internationale in 2010.

Brought to you by the Te Whanganui-a-Tara Wellington chapter. 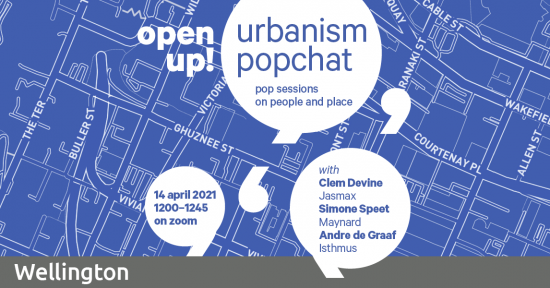 Pop in for this pop up SEGD open session on urbanism: rapid thoughts from top NZ studios…

Pop in and join the Wellington (Aotearoa New Zealand) chapter online for an open session on Zoom, where you'll get three idea explosions on the theme of urbanism from our speakers: Andre de Graaf from Isthmus, Simone Speet from Maynard and Clem Devine from Jasmax then room for a discussion.

The session is 12 noon NZST (New Zealand Standard Time), which is :

Hosted by SEGD Wellington co-chair Nick Kapica, and open to all current or could be SEGD members!

Zoom link will be sent to all registered participants the day before the event. 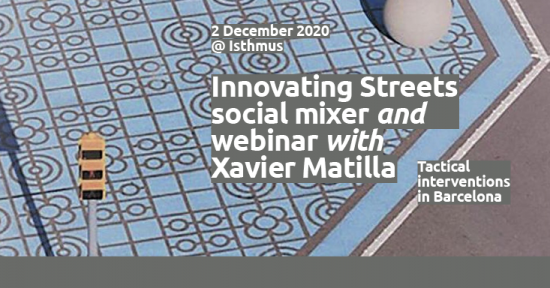 at Isthmus for an Innovating Streets social mixer

and webinar with Xavier Matilla from Barcelona

Hosted by the Wellington Chapter of SEGD and Isthmus Group

Xavier is the current Chief Architect of Barcelona City Council (Ajuntament de Barcelona). He is in charge of the Urban Ecology Authority (Model Urbà Ecologia Urbana) tactical urbanism interventions and he is also a lecturer at the Architecture School of the Polytechnic University of Catalonia (ETSAV-UPC).Public space is our cities most valuable asset.

Returning public space to people is the foundation of a sustainable city model. Currently, private motorists occupy most of our public space relegating pedestrians to sidewalks which creates considerable dysfunctionalities. As a response, Barcelona City Council has recently released funds (44 million euros) to implement in the next 10 years, a variation of Salvador Rueda’s ‘superblock’ concept. One in three streets in Barcelona’s ‘eixample’, will soon become ‘green axes’ that prioritise pedestrians and cyclists.

This webinar from Waka Kotahi and Urbanhub Aotearoa brings together nationally and internationally renowned experts in urbanism. This is an opportunity for the ‘innovating streets for people’ teams, academia, forums and members of professional associations to engage with the Barcelona City Council and learn about the role of tactical urbanism and co-design in the implementation of the ‘superblock’. This will be the first in a series of webinars sharing global responses to city transformational processes that contribute to city-making paradigm shifts.