The EDGE of Design

We invite you to the EDGE.

Please join us for a round table discussion – The Edge of Design – to explore the most extreme and innovative practices shaping the industry today. And, come prepared to share your personal edge: how far have you pushed your design? What constitutes your most inspired and original work? What project by another designer has inspired you to expand your design vocabulary?

We’ll kick-off the event with a happy hour, refreshments and a special, attendee-generated exhibit at Reingold. Reingold is a creative communications firm focused on driving social impact and community engagement.

Please help us by sharing your inspiration HERE (your response will shape the event, so please contribute!)

Join SEGD DCA for a tour of the John Paul II Shrine's exhibit, The Gift of Love: The Life of Saint John Paul II.

The group will head to a local Brookland bar for happy hour afterwards.

Join SEGD DCA for a tour of the environmental graphics installation at The Yards Park and Diamond Teague Pier. The tour will be led by Tony Russell, the president of Russell Design, the firm responsible for the impressive graphics.

The Yards Park is an engaging public facility with extensive green space, water features, a dog park, and an amphitheater which borders several mixed-use developments. Diamond Teague Pier is located on a footbridge connecting to the park to National's Stadium, and features interpretive panels adjacent to DC Water’s historic water pumping station that tell the story of efforts made by the company and other ecological organizations on the transformation of the Anacostia River and water use in DC overall.

We will follow the tour with a happy hour at Aqua 301 (301 Water St SE), sponsored by Gelberg Signs and 3-Form.

As president of Russell Design, Tony functions as creative director and client liaison on key projects, particularly those involving strategy and branding. A native of London, he left the UK early after art school and mandatory service in the British Army (not fun) to start his New York design firm. A keen interest in architecture spawned an environmental graphics team that designs streetscapes, parks, hospitals, hotels and corporate and residential buildings. Russell Design is an affiliate of Perkins Eastman, New York’s largest architectural firm. A former president of the New York chapter, he is President Emeritus of the national American Institute of Graphic Arts and a longtime member of SEGD. Tony has taught design at both New York University and Cooper Union. He lives in Brooklyn, and his two sons and four grandchildren live in the neighborhood.

The District of Columbia: An Emerging Design Capital

Have you seen the shift? In the last few years Washington, DC has emerged as a city leading design trends and conversations. It is evident in the buildings, restaurants, and even the attitude of residents and visitors around the city. Want to find out more about the changes happening? Join your fellow SEGD design professionals at Gensler’s office for a presentation and discussion around how design is impacting our nations capitol.


Refreshments will be served.

Thank to our generous sponsors: 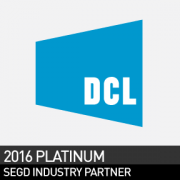 Providing Solutions for the Built Environment 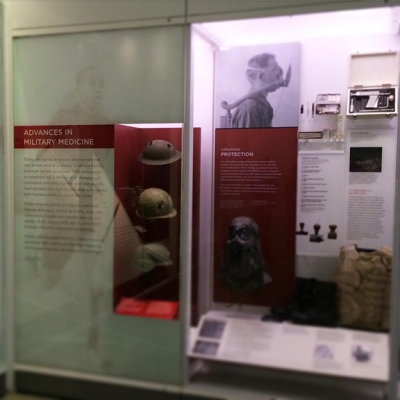 Thank you to all the DC chapter members for attending our Tour of the National Museum of Health and Medicine. There was a great turnout, and everyone learned so much from our gracious education tour guides and the design team.

A great blog post on our National Museum of Health and Medicine Tour can be reached here (and it's just a great blog to check out).

Thanks all, and see you at the next event. We will be announcing a Spring event soon!