END_OF_DOCUMENT_TOKEN_TO_BE_REPLACED

Hello Los Angeles! Join us on February 10th at 4pm (PST) for a virtual gathering to reset, catch up and talk about upcoming chapter events in 2022.

It’s been a while but we’re ready to move forward together. We’ll be discussing upcoming IN PERSON events, sharing ideas and simply catching up with our friends and colleagues.

We look forward to seeing you there.
Simon Majarian & Mo Khalfan, LA Chapter

Click Here to register in advance for this gathering 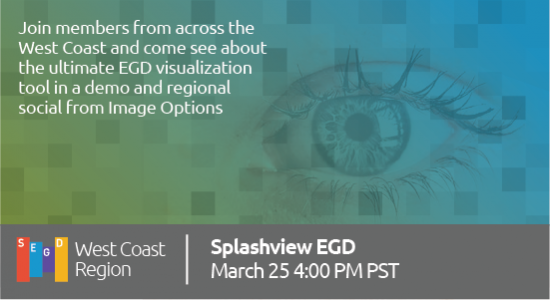 Hello SEGD Los Angeles!
We've joined forces with the West Coast region and put together an exciting event that features the ultimate EGD visualization tool and you don't want to miss it!

Most companies spend a lot of time budgeting, designing and value engineering their projects. Often, this leaves fabricators with very little time to produce, print and install your wonderful creations. David Payne, a longtime SEGD member, decided to take on the challenge of streamlining the process so that ample time would be available to meet the high quality standards we demand while keeping the project within budget.

The result of his efforts led him to develop software that allows clients to collaborate virtually within 360° photos to quickly develop a space plan, create a budget, and augment photos to create 360° renderings. Another great advantage to the software is the ability to minimize site visits, never more relevant than now.

Though developed specifically for internal use, David has agreed to share some of his insight and discoveries. Hear how David and his team at Image Options have used SplashView on projects for several marquis accounts in Silicon Valley. If you like what you see, David and his team will share access to SplashView so you can try it out for yourself. If you would like a sneak peek of SplashView, please check out this 3 minute video and register to join us March 25!

Watch this demo video of SplashView in action!

The presentation starts at 4pm on March 25th but the virtual lobby will be open at 3:45pm. Sign on early for a little bit of networking before we begin!

We look forward to seeing you there.
Mo Khalfan & Simon Majarian, LA Chapter

About the Speakers
David Payne is a designer turned fabricator. He has a degree in Graphic Design from San Jose State University. He founded Cannonball Graphics in 1987, eventually to become Splash. Splash was acquired by Image Options in 2018. David currently oversees the EGD division of Image Options as well as continuing to develop SplashView. The relatively recent explosion of EGD in the workplace continues to inspire him. He has worked on large projects for Amazon, Ebay, Epson, Google, LinkedIn and Uber.

Joining David will be Joyce Pekala, National Accounts Director, based at the Image Options design, fabrication and manufacturing facility in Southern California. Originally from Chicago, Joyce graduated from The Chicago Academy of Fine Arts with a Graphic Design degree. This has enabled her to collaborate with her clients to produce outstanding results. Her passion for the industry has been demonstrated while on the Board of the American Institute of Graphic Arts in the Los Angeles and San Diego Chapters. She is now applying that same energy into her involvement with SEGD.

Virtual happy hour with the LA, OC, and SD chapters!

Join us on St. Patrick's Day for another cross-chapter virtual happy hour with your friends in LA, OC and SD. We'll be discussing upcoming events and networking with some familiar, and some not familiar, faces across our region. Let's inspire each other, laugh and have a great time. Leprechauns are always welcome and don't forget to wear something green.

We look forward to seeing and meeting you there!

Inclusive Design is a holistic process that involves consideration of various facets of human diversity including age, gender, race, religion, culture, and experience. This process respects and acknowledges that within any given population there is a wide spectrum of individual abilities, needs, and aspirations.

Presented by SEGD’s Los Angeles Chapter, Beth Ziebarth, Director, Access Smithsonian, will discuss strategies employed by the office and the Institution to design accessible and inclusive exhibitions and programs. The goal is to provide visitors with effortless access to programs, collections, and facilities.

This SEGDVoices session will be held at Tuesday September 29th at 3:30 pm Eastern / 12:30 pm Pacific time