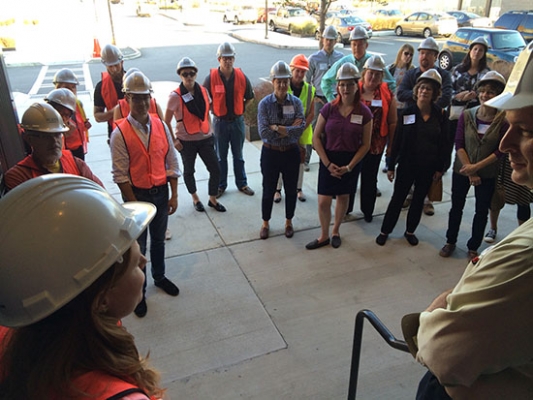 The Atlanta Chapter members had the pleasure to tour the Ponce City Market project, graciously hosted by Jill Ayers, Rachel Einsidler (Design 360), Anna Marissa Fetz and Jessica Walburn (Jamestown) on October 27, 2014.  The tour’s 25 slots were snapped up in a record 2 hours - a very popular tour!  Fabricators Henry International (Grant Henry, Josh Wolfe and Jennifer Wolfe)) were on hand to answer questions regarding construction and logistics of making and installing over 2400 signs, including 2,000 feet of neon tube, 16 foot tall illuminated channel letters to be mounted rooftop and a spectacular 71 foot tall blade sign.

The wayfinding design harkens to the storied history of the original Sears & Roebuck building with nostalgic use of color palettes, materials and images from some of the original catalogues and products.  The decidedly low-tech approach is a refreshing change in the world of constant digital media.

When Travel + Leisure magazine recently released its list of the World’s Coolest New Tourist Attractions, Atlanta’s Ponce City Market made the list even though it’s still under construction.

The magazine summed it up perfectly: “Just off the BeltLine—Atlanta’s network of trails and parks that follow former rail lines—a $250 million redevelopment is turning a massive Sears, Roebuck & Co. into a multiuse beacon of regenerative cool.”

Coming up on November 13, 2014 12PM, please join SEGD ATL for a presentation by Convergent Media hosted by Perkins + Will. Sign up today! 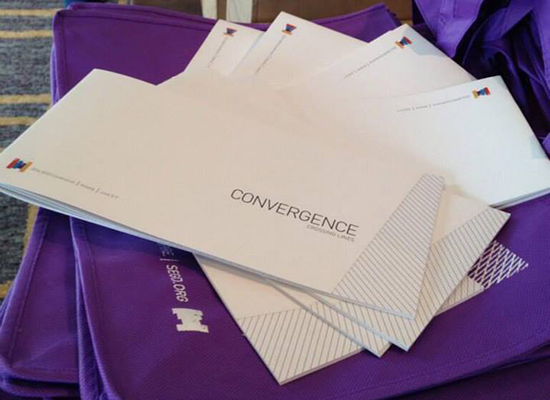 Good luck to the Chicago Chapter host of the 2015 Conference in Chicago! See you there! 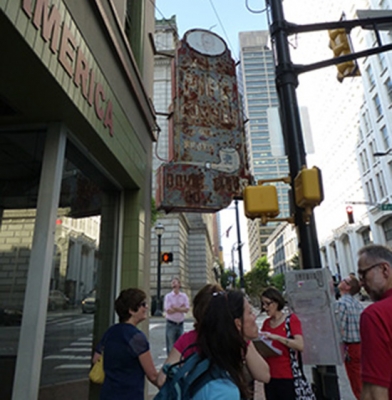 A dozen curious participants experienced seeing and hearing about Atlanta from a fresh perspective following tour stops determined by interesting examples of letters, graphics and architecture found in the downtown area. Starting at historic Five Points and meandering through the Fairlie-Poplar District to uptown-downtown, walkers viewed lettering on buildings, street signs, wayfinding signs, plaques, and abandoned signs. The walk traveled time from the lettering on the historic Flatiron Building (1897) to the most recent sign (2014) for Gallery 72 which is located in the lobby of the old Atlanta Journal Constitution Building and pays homage to the past tenant by mimicking a newspaper printing press shape.

The tour was guided by Sue Youngblood, SEGD member and faculty at The Art Institute of Atlanta, as a practice run for the type walk to be given at the 2014 SEGD Conference, Convergence, in June. This is just one of seven tour options for the conference. Hope to see you there!

Let’s celebrate an exciting new year for SEGD Atlanta with fellowship and some good beer at Monday Night Brewing. Thanks to Scott Muller with Trademark Visual for sponsoring the event. This event is free for Members and $5 for Non-members. We are trying something new for RSVPs. Click on the Eventbrite link and select the correct ticket.

Don’t forget your tie to hang on the wall!

Trademark Visual is a turnkey supplier of design-intensive architectural graphics nationwide.  Utilizing our state-of-the-art facilities & equipment, our experienced team has been providing custom solutions to happy clients for over 23 years.