We were astounded by the creativity and enthusiastic participation of all our members who took part in Design Improv(e) during the 2014 SEGD Conference in Atlanta.

This year’s Design Improv(e) (sponsored by archetype) was a little different from past years, with an emphasis on giving back to the community. Five teams of Design Improv(e) participants were tasked with conceiving a sustainable exterior campus wayfinding system for Emmaus House, a nonprofit outreach program providing education, opportunity, assistance, and advocacy to help empower residents of the Peoplestown neighborhood to move beyond poverty. 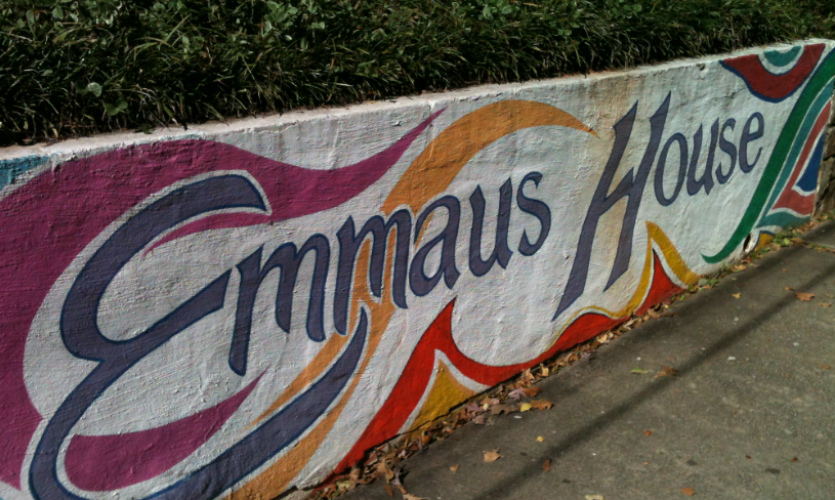 The teams were asked to create a low-cost, low-maintenance program in tune with the Emmaus House mission and effective for users with low English proficiency. 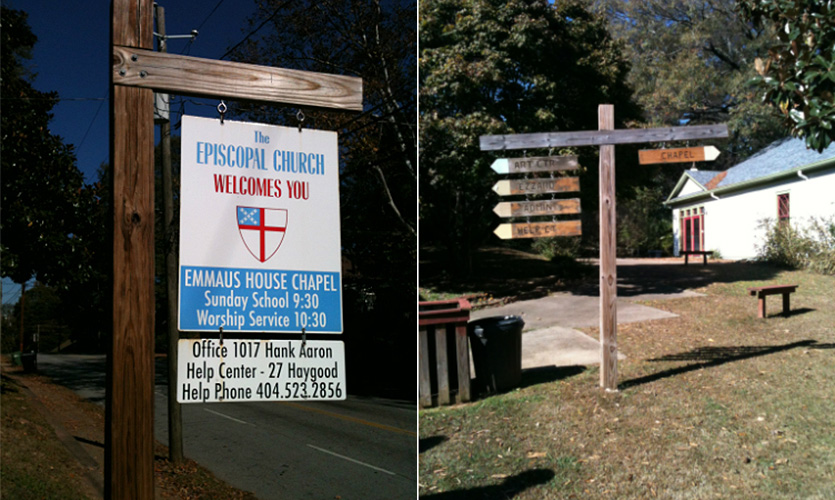 During the Design Improv(e) session in June, the SEGD participants collaborated quickly. 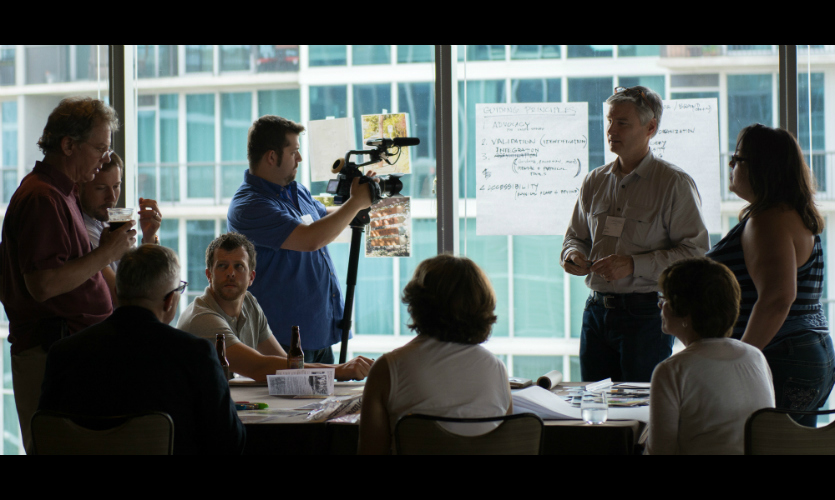 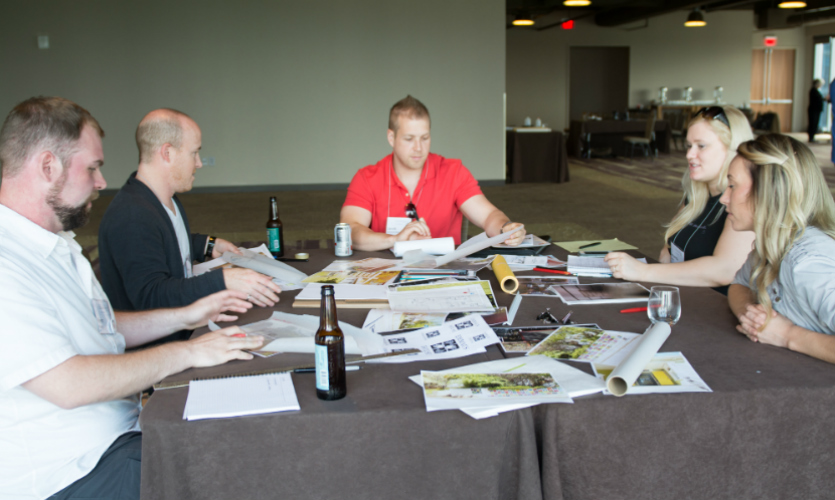 The campus needs a simple directional system and signage to increase street awareness.

One of the teams developed this concept that uses bold colors and simple geometric shapes in a simple directional system. 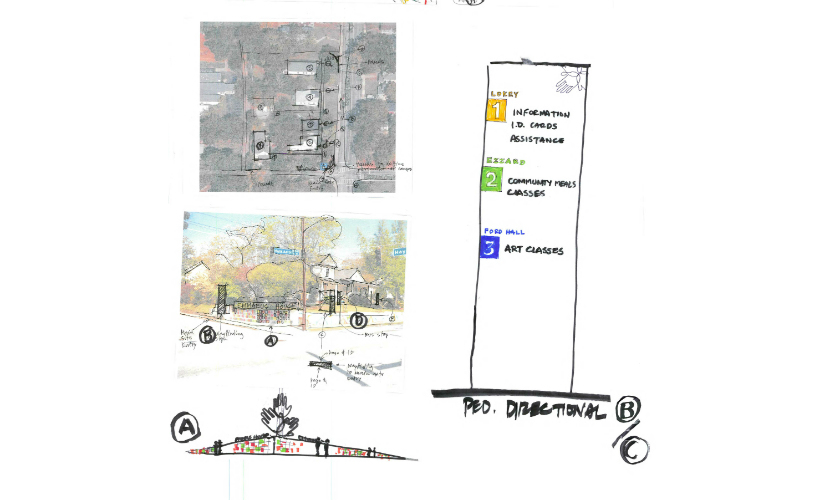 The teams also accounted for location and draft messaging.

Another team conceived of both vehicular and pedestrian directional pylons. 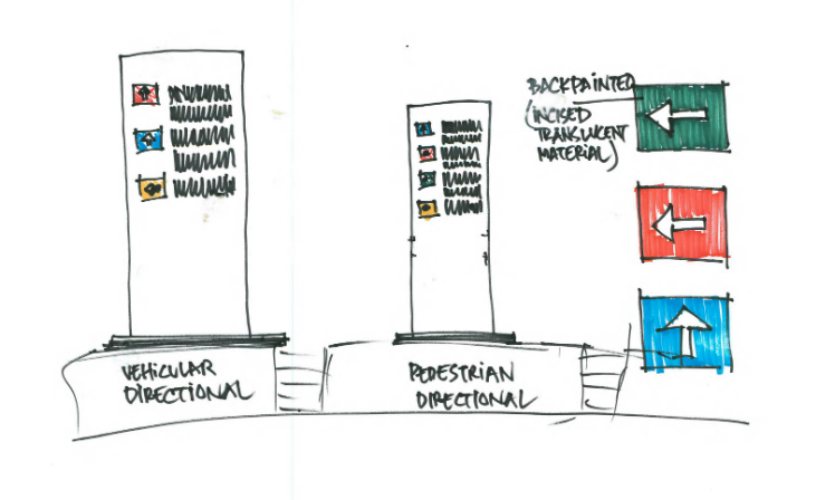 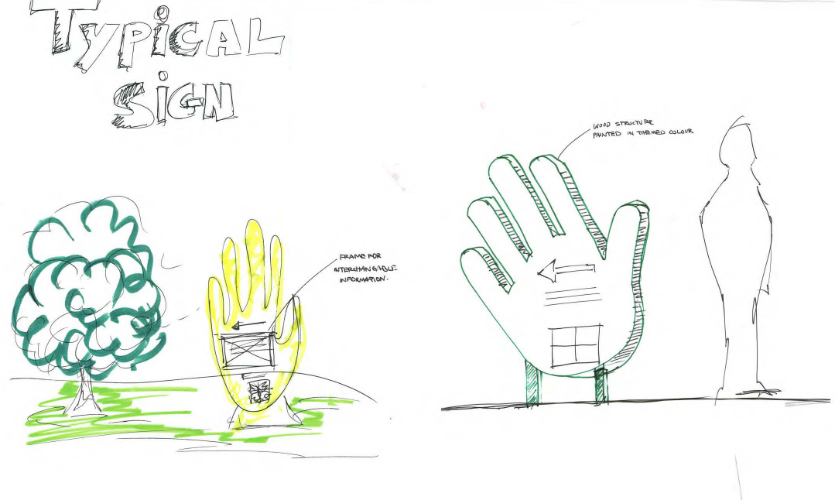 The handprint is an existing unifying element for the nonprofit, signifying unity and the fact that neighborhood residents have a stake in the community and in their own future. Another concept explores a gateway/monument at the campus entrance.

SEGD members will donate their time to make the project a reality. After the Emmaus House chooses the concept it would like to develop, SEGD Atlanta Chapter Co-Chairs Steve Carlin (Cooper Carry) and Lynne Bernhardt (L. Bernhardt Design) will translate the concepts into messaging and location plans. Steve Reinisch (The Great Detail Guy) has volunteered to prepare documentation drawings. Archetype will fabricate the signs with possible collaboration by other SEGD member firms.

“This was a great opportunity for the SEGD community to give back to the host conference city in a meaningful way,” says Gary Stemler, vice president of Archetype. “We’re excited to be part of this great outreach and look forward to working with Emmaus House and the SEGD team!” 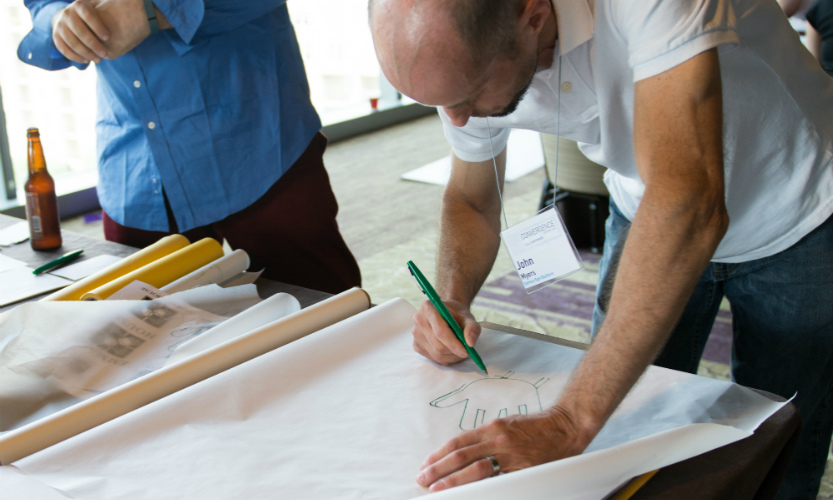