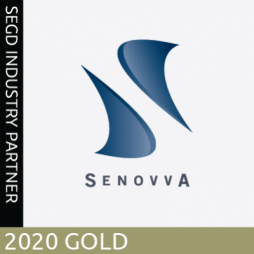 In 2007, Arianna Knapp joined SenovvA’s team of Producers and in 2014, she joined the executive team as Director of Strategy & Communication. SenovvA’s work on Broadway; Tuck Everlasting, Something Rotten, Sideshow, Hedwig and the Angry Inch, Lucky Guy, Bring it On, American Idiot, and [title of show] and off-broadway; Clever Little Lies, The Absolute Brightness of Leonard Pelky, Langston in Harlem, Queen of Wyoming, and Fellowship! have been Arianna’s primary focus since joining the company.

She graduated from Boston University School for the Arts and is a former vice president of New England Theater Conference. She brought four shows to Scotland for the Edinburough Fringe Festival including two original musicals. Her work as video production supervisor brought her to The Ahmanson Theatre in LA, The Royal Alexandra in Toronto, Berkeley Rep in California, the Alliance in Atlanta, and Center Stage in Baltimore.

"Collaboration is the key element to every project I'm engaged in."

View more of Arianna Knapp's work at SenovvA. Connect with Arianna on LinkedIn.