Selbert Perkins Design and Archetype collaborated with the St. Louis Cardinals & The Cordish Companies, for the St. Louis Ballpark Village – a district adjacent to Cardinals Stadium in Downtown St. Louis, MO. The streetscape design includes public art and storytelling throughout the environment.

Celebratory elements for the Cardinals include; World Series pennants and Hall of Fame player medallions imbedded in the landscape pavement. The highlight of this experience is the new thirty-five foot tall World Series trophy celebrating the Cardinals 11 championships!

SPD worked closely with Archetype to bring the commissioner's world series trophy to life. Through a series of creative engineering and detailed prototypes the end result is now an icon of Busch stadium.

"There are very few companies that can do this kind of work. Archetype is one of the best in the country at this and we couldn’t be more pleased with the end result," says John Lutz, Partner at Selbert Perkins Design.

The dynamic signage and wayfinding elements, developed by SPD, establish the mixed-use district as St. Louis’ premier entertainment destination. The district includes the entertainment venue Fox Sports Midwest Live!, as well as a newly constructed Live! by Loews hotel, office tower, and One Cardinal Way residential tower. SPD designed the signage and environmental graphics for all of these destinations as well as a complete streetscape design which included gateways & wayfinding throughout the district. 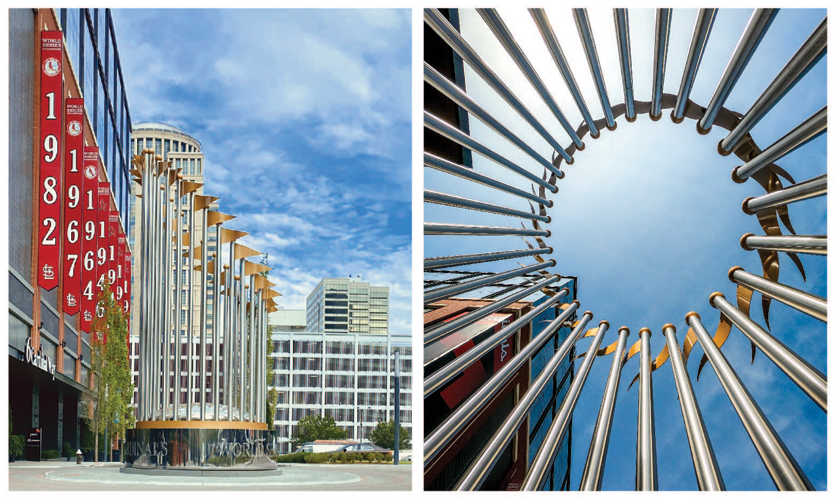 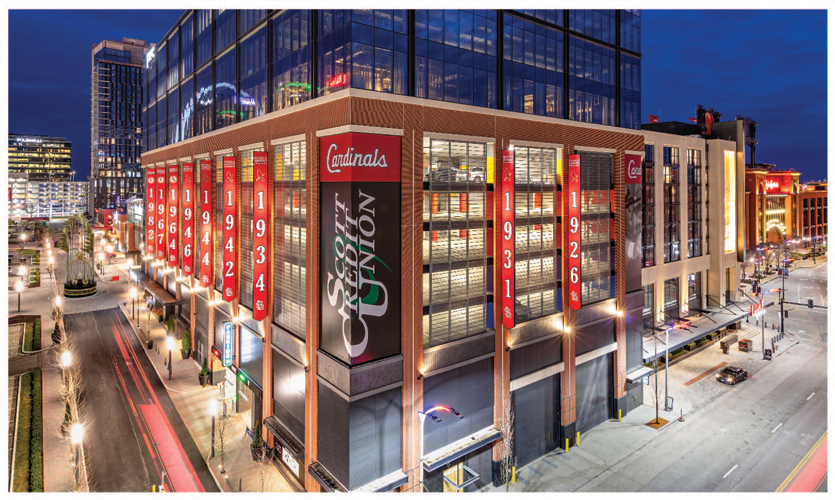 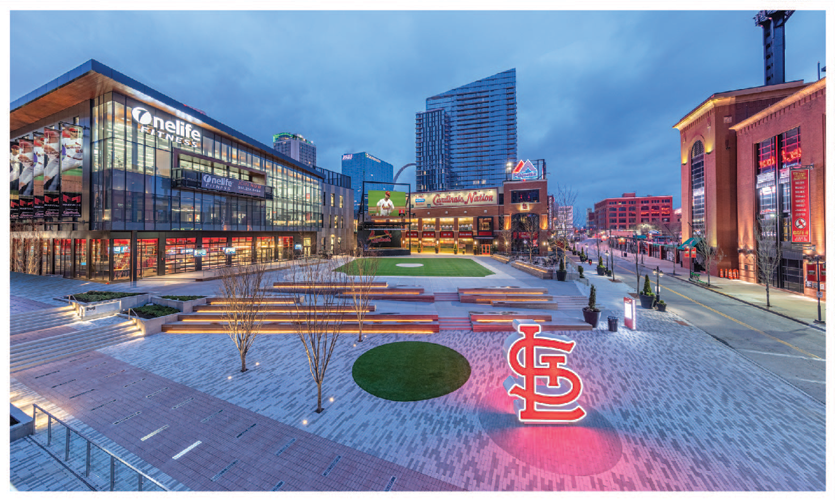