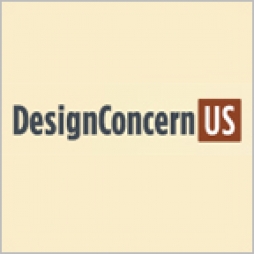 Anthony Ferrara has 30+ years of experience in wayfinding signage, environmental graphics, master planning, exhibition design, identity, and print communications. He is masterfully engaged with all phases of the design process from discovery through installation. Anthony has a natural ability in three-dimensional design, along with curiosity and skill for using both materials and people to execute and innovate. An early interest in architecture and industrial design, coupled with solid training in graphic design, has provided a strong foundation for his position as a leader in experiential design.

Anthony gained years of industry experience working at many prestigious design firms in New York City working on a broad range of projects. Before working independently, he was a leader/designer at firms such as Two Twelve, Chermayeff & Geismar and Whitehouse & Company, where he played an integral role on once-in-a-lifetime projects including; the preservation of Radio City Music Hall, massive-scale graphics for the Oceanário de Lisboa in Portugal, wayfinding & signage for Terminal 4 at JFK Airport, campus signage for Yale University, wayfinding & signage for CitiField and MetLife stadiums – two large scale stadiums in the New York metropolitan area. Other notable projects include citywide pedestrian wayfinding for Baltimore, MD and Charlotte, NC, and elegant design solutions for the Schermerhorn Symphony Center, Nashville, TN, and the Smith Performing Arts Center, Las Vegas, NV.

His work has appeared in many publications including The Wayfinding Handbook: Information Design for Public Spaces; SustainAble; Identify: Basic Principles of Identity Design in the Iconic Trademarks of Chermayeff & Geismar; TM: Trademarks Designed by Chermayeff & Geismar; Signs & Spaces, and Graphic Design NY. Anthony also worked on SEGD’s original ADA White Paper with a team of industry leaders led by Roger Whitehouse; and his work has won numerous awards from SEGD, AIGA, and other design organizations.

Anthony is a long-standing member of SEGD and AIGA, and he is a former SEGD New York Chapter Co-Chair.

Anthony graduated from Rhode Island School of Design in Providence, RI, where he received a BFA in Graphic Design.

Connect with Anthony Ferrara on LinkedIn.